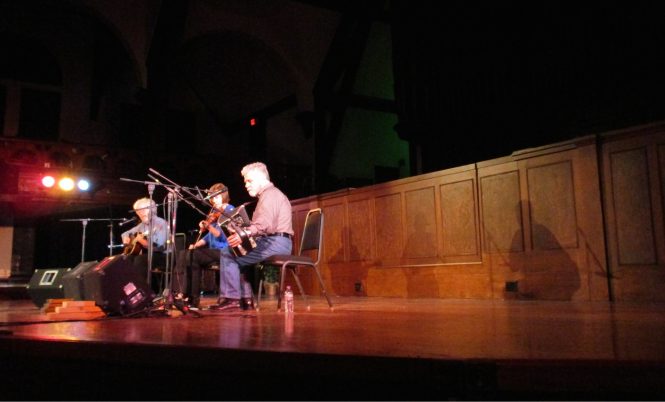 Skara Brae (Tríona and Maighread Ní Dhomhnaill and Dáithí Sproule) reunited for its first-ever US tour in October of 2013, playing in Milwaukee and Madison, Wisconsin; St. Paul, Minnesota; Portland, Oregon; and Seattle, Washington.  While the music was rich and satisfying, it was poignant to work for the first time as a trio.  Mícheál, you were deeply missed. 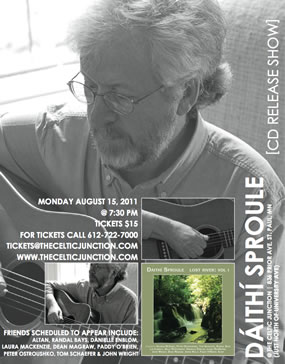 Lost River, Vol. 1 was launched at a very special concert on Monday, August 15, at The Celtic Junction in St. Paul, MN.

Altan and the RTE Concert Orchestra 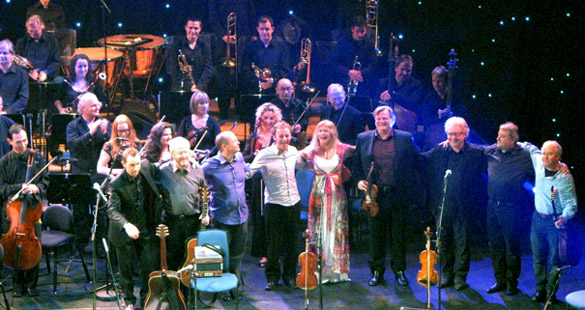 Altan performed with the RTÉ Concert Orchestra, conducted by David Brophy, in the National Concert Hall in Dublin on August 14, 2009. The musical collaboration featured tunes and songs from the Altan repertoire, arranged for orchestra by Fiachra Trench. A few notables stopped by on stage to add to the excitement.

I am honored to have been awarded an Artist Fellowship from the Minnesota-based Archibald Bush Foundation in June, 2009. This remarkable foundation fosters the creativity of musicians, writers, storytellers, filmmakers and more, living in Minnesota, North Dakota and South Dakota. They certainly know how to celebrate, as well. These photos were taken at the reception for the 2009 Artist Fellows. 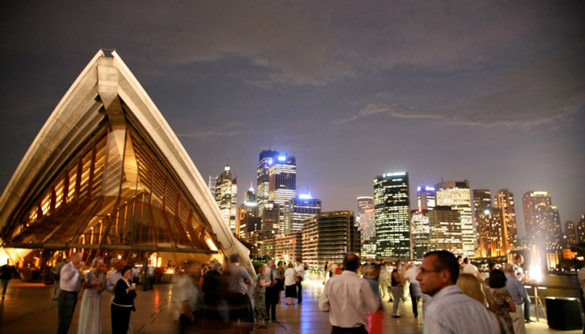 Altan came to the Sydney Festival for a single performance, playing to a packed crowd. Coincidentally, my old friend David Aronow had also travelled from Minnesota to Sydney, to visit his family. David captured the atmosphere before the concert. Many thanks to Fergus Linehan, and everyone at the festival, for inviting us out. 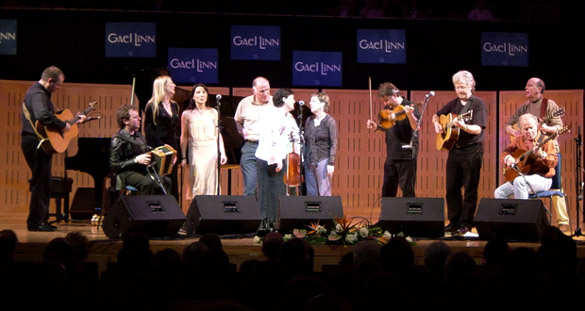 Skara Brae was invited to do a reunion set at this wonderful event honoring 50 years of Gael Linn. We were joined by Iarla Ó Lionaird, Peadar Ó Riada, Tony Mac Mahon, Steve Cooney, Josie Sheáin Jeaic MacDonnchadha, Altan, and Róisín Elsafty, Presenter of Féile Gael Linn. It was great to be a part of this celebratory line up at the National Concert Hall in Dublin. 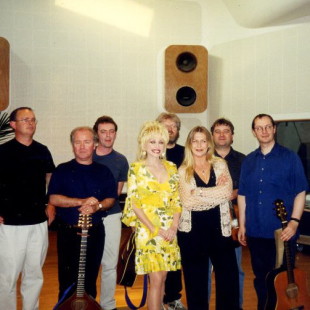 Altan had the privilege of working with Dolly Parton on several projects, including performing at Dollywood and recording with her on Little Sparrow (2001) and Heartsongs (1994).  Here’s a photo from the studio, while working on Little Sparrow.

In the late 1990s at Ionad Cois Locha, in Dunlewey, Co. Donegal, Dáithí and his old pal, Mícheál Ó Domhnaill, exchange a hug backstage, while Maighread and Tríona look on, after the first Skara Brae concert in more than 25 years.

Skara Brae returned to the Ionad for another reunion, during the 2004/2005 Scoil Gheimhridh Frankie Kennedy.  That reunion was filmed for a TG4 documentary.  Here’s a clip: