Says Sproule: "The heart of this album is a body of songs performed by myself on vocal and guitar, traditional songs I have sung and loved for decades. But the end result you will hear is also the product of the collaboration and cooperation of many of my brilliant friends, recorded in places as far apart as Ramelton, Co. Donegal, and Whidbey Island, off the west coast of America. It sounds complex, but with their amazing skill and good-heartedness, my friends made it easy. I know you will love their playing, and I hope you will love these songs as I do, drawn from the deep river of traditional song."

“The latest expression in an ever-morphing and expanding reservoir of creativity....It is a gem.” - Bill Margeson, Irish Music Magazine

“An expertly-managed, affectionately-realised collection...his playing is expert and polished, subtly supporting and embellishing the melodies of the sung texts” -David Kidman, The Living Tradition 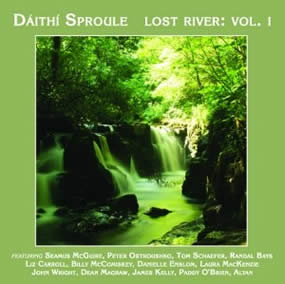